How do I access my .git directory from within my app?

I want to be able to access the commit hash and timestamp of the current state of my project, but I don’t see a .git repository when I SSH in to my application. How can I access the information stored in .git?

Platform.sh doesn’t provide direct access to your .git repository, but there are still a few methods you can use to access that information from your application.

Get the commit hash of your current work tree

WARNING: This method is provided only as a proof of concept. Please be sure to thoroughly test your implementation of this method before putting it into production. 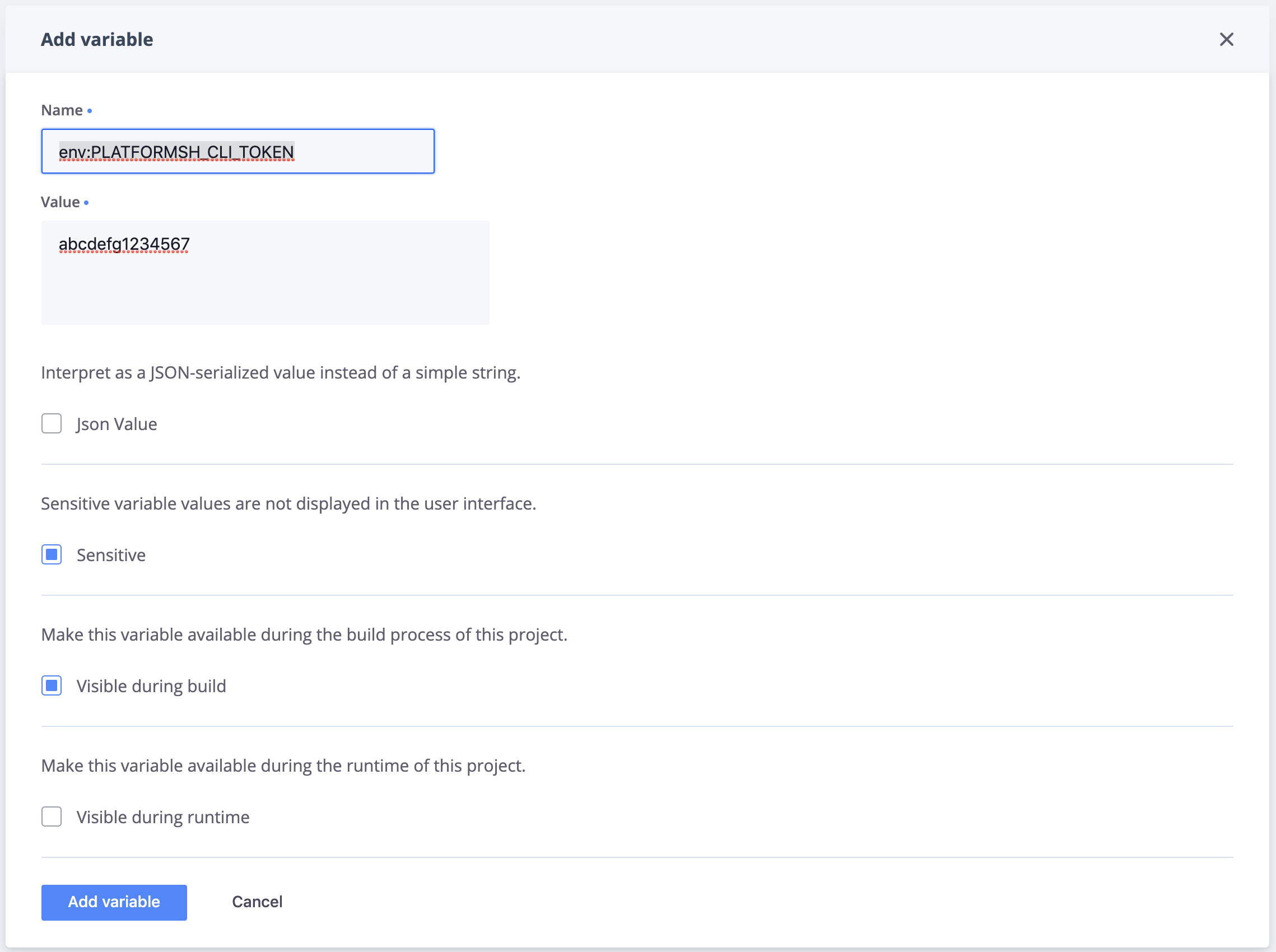 Set the name to env:PLATFORMSH_CLI_TOKEN, mark it as sensitive, and indicate that you want it to be available during the build process but not the runtime.

This proof-of-concept method has two dependencies: the Platform.sh CLI and the jq command line tool for parsing JSON objects. We can install both in the build hook by adding these lines:

Talking with the API

Create a new file called get-commit.sh in the root directory of your application, and paste in the script below. Make sure to make the script executable with chmod +x get-commit.sh.

The above script makes a call to the activities API endpoint for the project in which this script is being run and extracts a commit hash from the results. Let’s break it down:

Call get-commit.sh from your build hook and output the result to a file called .commit, like so:

This method should work reliably because the .commit file is only updated during the build hook. Thus, if you have multiple apps in one project, only apps that have code changes with each commit will be rebuilt, making the contents of the .commit file permanently associated with the correct commit.

As mentioned above, this example is only a proof-of-concept. It is also possible to query the Platform.sh API directly without the CLI tool, and you can process the JSON results with any tool or language that you prefer.

Adding a .git repo for other tools to use

Some tools, such as a static site generator like Hugo, can parse the information contained within the .git directory and use it to determine when pages were last updated, who has edited a page, etc. For this use case, you’ll need more than just the commit hash.

If you want to have access to that information in your application, you can clone the repository that is being used to build the application and extract the .git repo from there.

Now any tools you want to use can process this repository as if it were any other working tree containing a .git directory.

8 months have passed, is there an easy way to access our .git directory within an app, or we still should do this?

There is actually a way to make changes to code